Why title insurance is not an option - By Randee McDonald, Cumberland Title Services


Purchasing home is not only the largest purchase of many people’s lives, it’s also one of the most confusing ones. By the time the new homeowners-to-be decide on a location, a realtor, a mortgage, and actually finally find a home, they are exhausted. The last thing on their minds is the importance of owner’s title insurance.

Simply stated, the title to a piece of property is the evidence that the owner is in lawful possession of that property. When a title company performs a title search, they are confirming that the person selling the property has legal ownership of that property, and has the right to sell it. It also attempts to detect any liens or other claims against it. 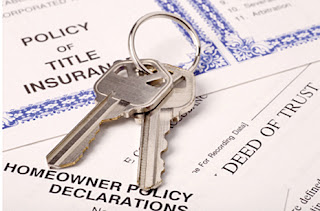 Owner’s title insurance is what protects a person’s legal right to that property. However, since title searches are not 100 percent infallible, the insurance is a worthwhile investment. It is a one-time fee paid at closing that protects the new homeowner and the biggest monetary and emotional purchase of their lives.

Here’s an example: Two weeks after moving in to their new house, Mary and Joe received a letter in the mail from Frank, the brother of the man that sold them the house. The letter states the home was gifted to Frank in an old will, and his brother had no right to sell it.

How about this? Lisa purchased a home and title insurance. The home came with a deeded right of way to the beach. However, nasty neighbor Nancy is blocking that right of way. Even though Lisa has a deed in hand that states she is allowed passage through that way, Nancy puts up a fence.

In both instances, owner’s title insurance would negotiate, cover attorney’s fees and court costs, and reimburse the homeowner for losses. Pretty impressive for a one-time cost at closing that protects you for as long as you own that property!

Lender’s title insurance, a different type of insurance, protects the lender, not the homeowner, against defects in the title. It is typically required by your lender when you purchase a property with a loan, and covers the lender up to the amount of the loan.

Claims continue to rise. Owner’s title insurance will be listed as ‘optional’ on the new settlement documents that the Consumer Finance Protection Bureau has created, due out in October. It may be tempting to knock title insurance off the fees paid at closing, but it could certainly end up being a costly one.

Posted by Michelle Libby at 6:37 PM