Real Estate: TS Staging and Design tips and tricks for selling, redesigning, or renting your home or property 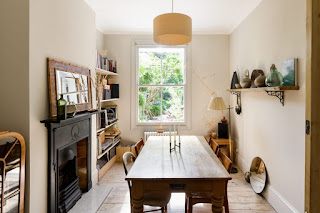 Selling your home? STAGE IT!

When staging a home, the key element is to make it appealing to all buyers. Furniture placement, wall color, décor and lighting can attract buyers so that when they walk through the door, they can visualize it as their home. Staging doesn’t have to be elaborate or costly. Decluttering a space, rearranging furniture, and a fresh coat of paint can all make a huge difference in a home’s appearance. STAGE IT and get even more money in today’s hot market! Here are some important reasons to stage your home:

Your home’s flaws will be overlooked if professionally staged

** Over 95 percent of buyers are online first before they visit a home, so staging for photos is critical 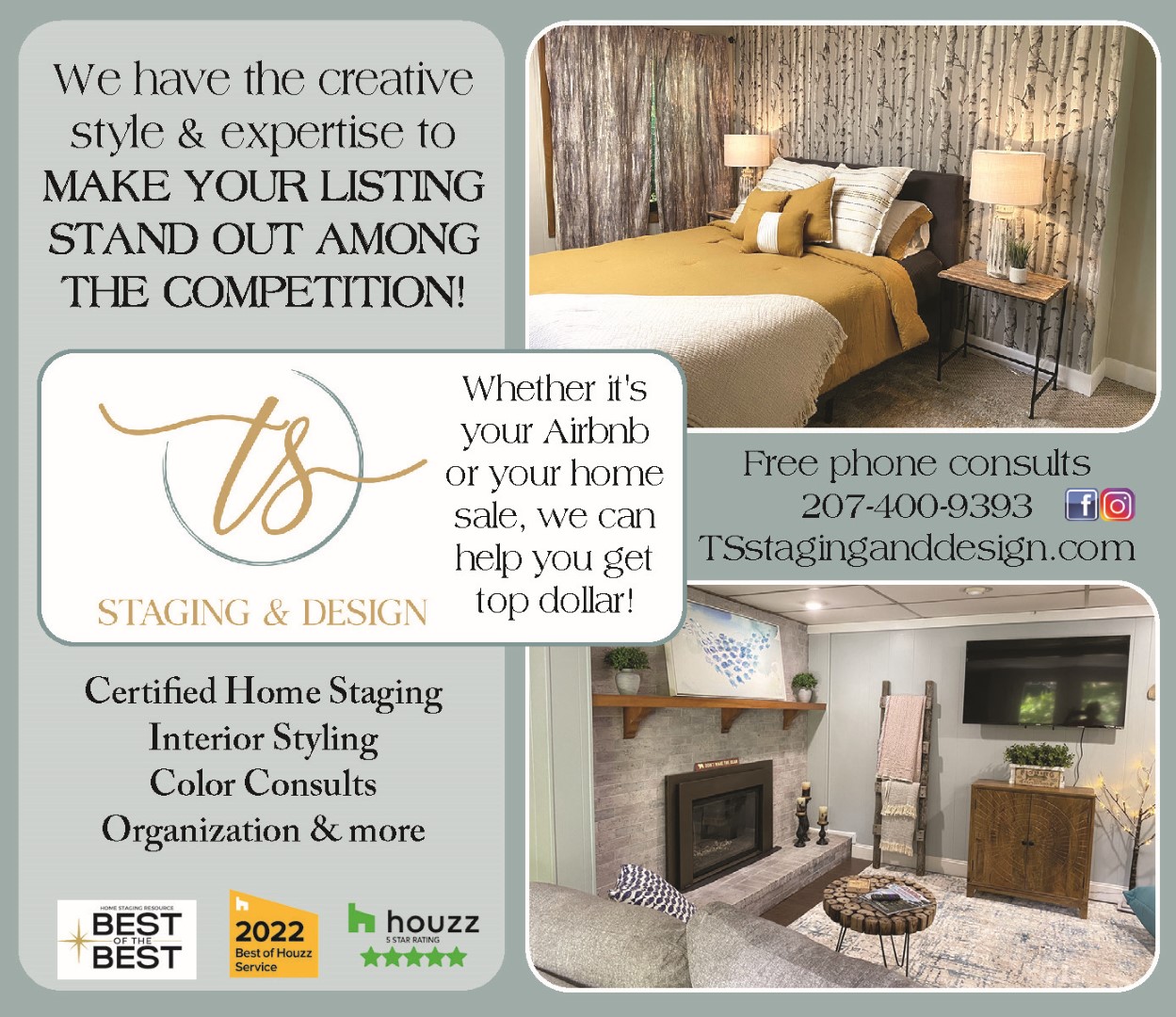 Does your home have the blues? Need a fresh look? REDESIGN IT!

A fresh coat of a trending paint color can transform a room and make it feel new, fresh, and exciting! In a living room, you can simply add decorative pillows, throws or even furniture covers to create a completely different look for you and your family. Rearranging furniture or purchasing new can create comfort and more functionality to a room. In a bedroom, you can change a bedspread, rearrange furniture, or change out lighting fixtures to create that new vibe! Replace dated appliances with energy efficient ones to create immediate cost savings! REDESIGN IT and fall in love with your home again!

Here are some benefits to redesigning your home or space:

** Can change the mood and energy level throughout your home

** Creates more family time and opportunities to gather with friends when you have a fresh new, functional space

** An updated kitchen can create healthier eating habits. Why go out to dinner when you can cook in your newly renovated kitchen!

Do you rent out or Airbnb a property? Is it appealing to renters or vacationers?

Much like staging, if renting out a property, it needs to be appealing to the renter. Fully furnished rental properties should not only draw in renters for its beauty, but for its comfort. Renters are looking to call a place their home so both style and comfort are extremely important. Amenities are key to ensure a renter will be a satisfied, loyal tenant which is what all landlords want, right? Create a space that you would love to live in, and you will have a happy tenant for the duration of your rental!
If renting an unfurnished space, be sure to stage it to get top dollar for your monthly rental fee. Just like staging to sell, you want to attract renters who can visualize themselves living in this space. Create a cozy, functional space during your showings and you are guaranteed to draw in a number of potential renters who are willing to pay your asking monthly rental fee!
Designing for an Airbnb can be different than a long duration rental property. Airbnb’s are a getaway for vacationers who want to embrace new experiences and create memories with their friends and family! Make your property memorable! How? Use interesting and unique décor! Millennials are more likely to rent an Airbnb than any other demographic. That said, the Airbnb needs to be “Instagram”-able so that the perfect group photos and selfies can be taken. The more unique, the better! In addition, amenities and a high level of comfort is important to any vacationer! Bedding, linens, a working coffee pot (to name a few), are all key to obtaining a 5-star review from your vacationers and keep them coming for years to come! < 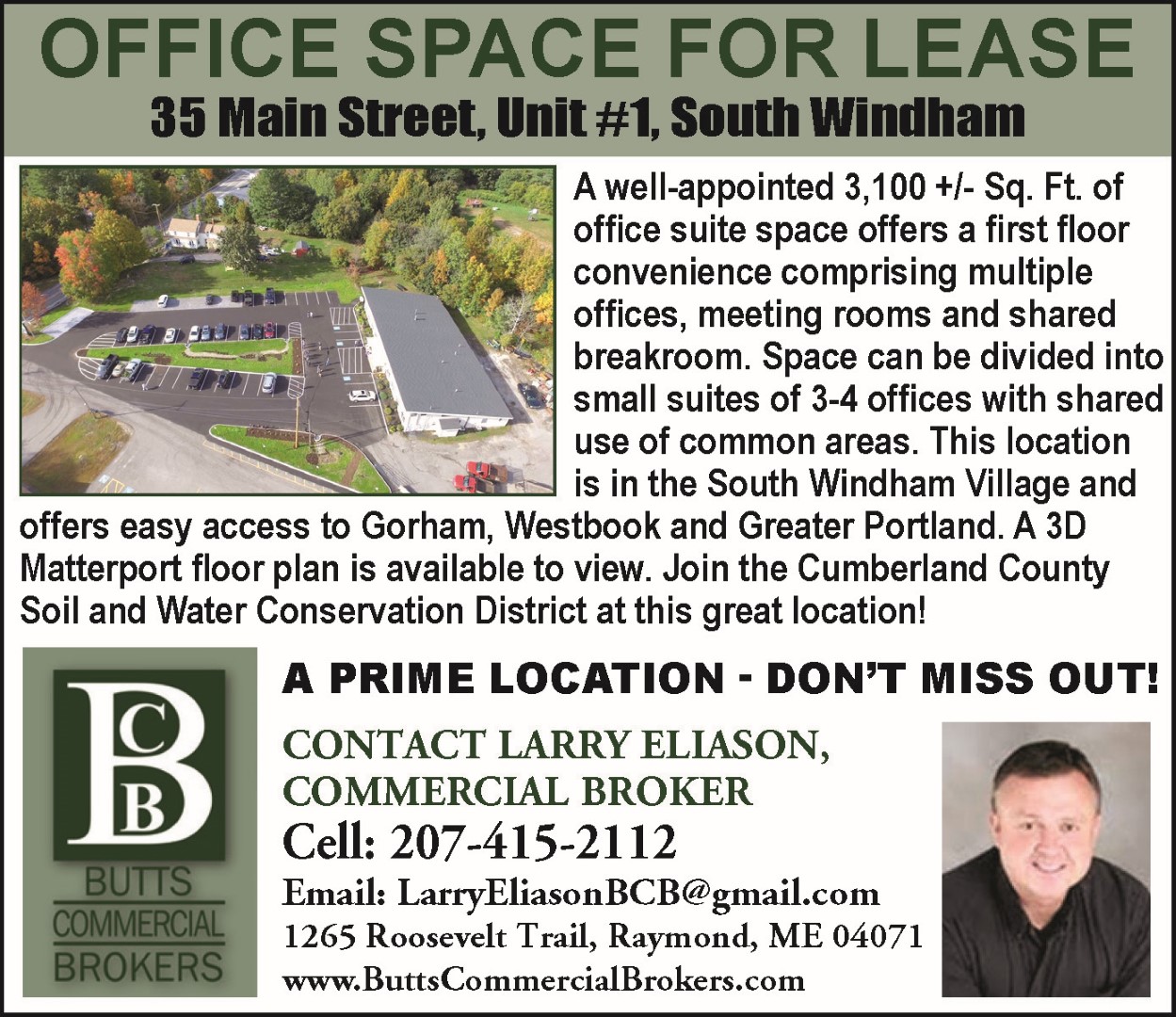 The Quarry Ridge Business Park, at Enterprise Drive and Bedrock Terrace, has come back to life with a substantial amount of new commercial real estate activity this year. Three commercial lots have sold this winter and there are three more commercial lots with sales pending. These are in addition to a large parcel that has been under contract with Copart for at least the past two years and is finally coming to fruition.

The intent of the Enterprise Development District is to provide a unique area within the Town of Windham to allow manufacturing, processing, treatment, warehousing, storage, research, and distribution with safe, well-regulated vehicle access located off a major street which can conform to the performance standards set forth in this section and in all other applicable ordinances of the Town of Windham.

The following uses are currently allowed in the Enterprise Development District: 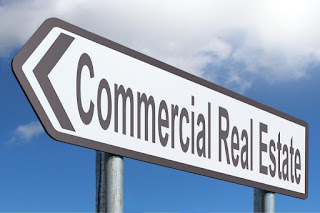 One of the biggest changes and a big factor in new development at this business park is the addition of Marijuana Operations being permitted in this zone by the Town of Windham. The Planning Office specifically chose this zone as one of two zones for Marijuana Operations going forward. The other zone chosen was the Industrial Zone.

One of the biggest challenges that I see in this zone is that it is accessed from Route 302 via Enterprise Drive, a non-signalized intersection. We could certainly use help from stakeholders such as our town leaders and staff, legislators, business and real estate owners, residents, and others to seek a partnership with the MDOT to make a signalized light at Enterprise Drive a reality.

From a Commercial Broker’s perspective, there could be tens of millions in investment in this massive business park site with sound planning and infrastructure. A signalized light at Enterprise Drive and Route 302 is in my opinion, a piece of infrastructure that could dramatically improve ingress and egress, make that intersection a lot safer and of course attract new businesses and development.

** Quarry Ridge Business Park off Enterprise Drive is located on about 1,000 acres of land. Phase 1A was built in 2004 and was anchored by Genest Concrete products and LaValley Lumber Building Supply. The LaValley property was acquired by Tube Hollows International in 2012.

Phase 1B was approved by the town of Windham in 2006 and since then mining of the gravel pit and quarry has progressed enough to leave behind flat buildable lots available for industrial use. The entire development is served by public water, electric and natural gas. Phase 2 planning is now under way and will be available later this season.

There is an existing MDOT traffic movement plan in place that will eventually include a much-needed traffic signal at the intersection of Enterprise Drive and Rt. 302. Many hours of the day it is exceedingly difficult to make a left-hand turn onto Rt. 302 due to oncoming traffic, especially in the summer months.

There is a “trips per day” generated threshold to trigger the signal installation which is still relatively far away per MDOT standards. “Every town has its strengths and weaknesses that help or hinder economic development. This is a large part of why towns or cities located near the I-95 corridor and these types of developments with signalized intersections and efficient ingress and egress, are generally built out sooner.”

Grondin and Town officials met with MDOT several years ago to discuss obtaining approval sooner than later for this signal but were unsuccessful. Grondin and the town plan to seek approvals from MDOT as part of upcoming Phase 2 approvals.

Charlotte Mace, Vice President of Windham Economic Development Corporation and Director of the Office of Business Development at the Maine Department of Economic & Community Development


** “Currently, when we think of business activity in Windham, we think of the busy North Windham Commercial District along Route 302. And, while the town is working to make improvements to this business district through the “21st Century Downtown” and the ongoing wastewater management initiatives, there is another commercially zoned district just north of the “Strip” that the Windham Economic Development Corporation believes will be Windham’s future for commercially oriented development, and that is the Quarry Ridge Business Park from Enterprise Drive” stated Tom Bartell, WEDC Executive Director. “With hundreds of acres of developable land available, and the Enterprise Development District Zoning in place, the Quarry Ridge Business Park is poised to become the next commercial center in Windham and the Sebago Lakes Region” Bartell added.